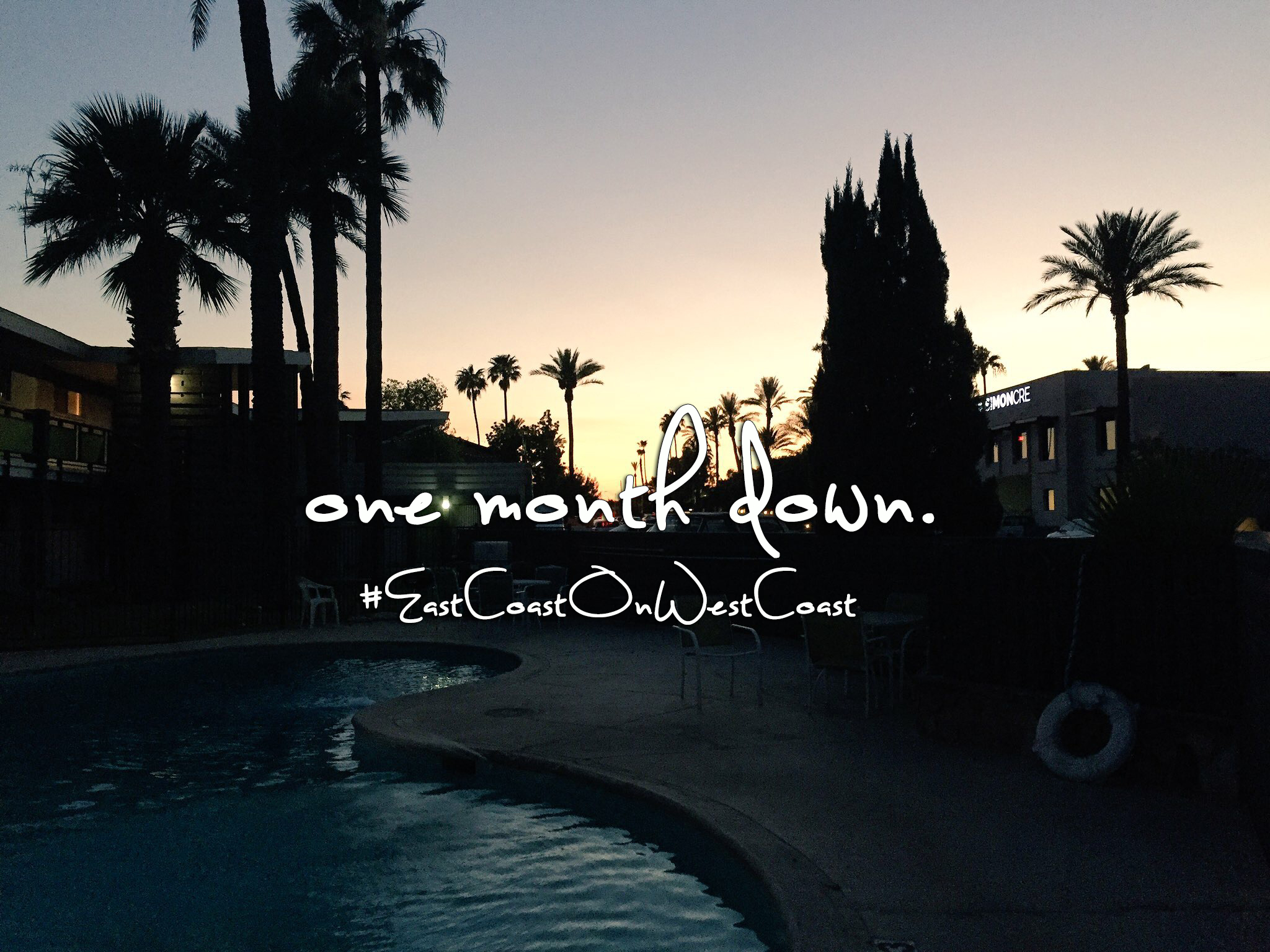 It’s officially been one month since I moved out to Arizona and let me tell you, it has been a difficult transition. When you move pretty much across the country, there’s bound to be a bit of an adjustment period. For me, it was getting used to the fact that people wear jeans in a hundred and eleven degree weather, (I say as I type this, wearing jeans in a hundred degree weather) and the fact that you can and will sweat in places you didn’t know you could sweat (i.e. leg armpits) but all in all, this first month has gone by extremely fast and has been a learning experience. And in saying so, here are some things I’ve learned while living in Arizona.

Snapchat has this cool feature that tells you how hot it is outside. So of course, I would snapchat my BFFS whenever it would hit over 100, expecting a pity filled response. Instead, I got back pictures with the caption “But it’s a dry heat!” Listen, that doesn’t matter. It’s still hot as h-e-double hockey sticks out here and nothing can change that. Just snap me back a picture of you pouting and saying “that sucks i’m sorry.” Okay? Cool.

Everyone is Super Polite and It’s Throwing Me Off:

Coming from the East Coast, I’m very much used to people not saying hi on the street or even giving a friendly smile as we pass by each other. But while living in Arizona, I’ve seen that the people here are so much nicer. Even that one time I went hiking (haha tbt), every person we passed always said hello and asked how we were doing. It is a total culture shock, but I’m not complaining. We could all stand to be a little nicer to each other.

Thunderstorms Last for A Hot Minute:

Back east, I’m used to hours upon days of rain and thunderstorms. Here, there was a thunderstorm that lasted about three minutes. It was cool to see the clouds roll in and see the lightening flash over the desert, but if you blinked — or were asleep, you’d miss it. Definitely an odd occurrence that I still have to get used to.

Although I still haven’t seen a dust storm, I’ve had a pretty eventful first month in Arizona. I’ve met some new friends, managed to juggle business and pleasure, and even took a road trip to California—but that’s another story. All in all, Arizona has been good to me.

The Place at
The Fountains at Sun City